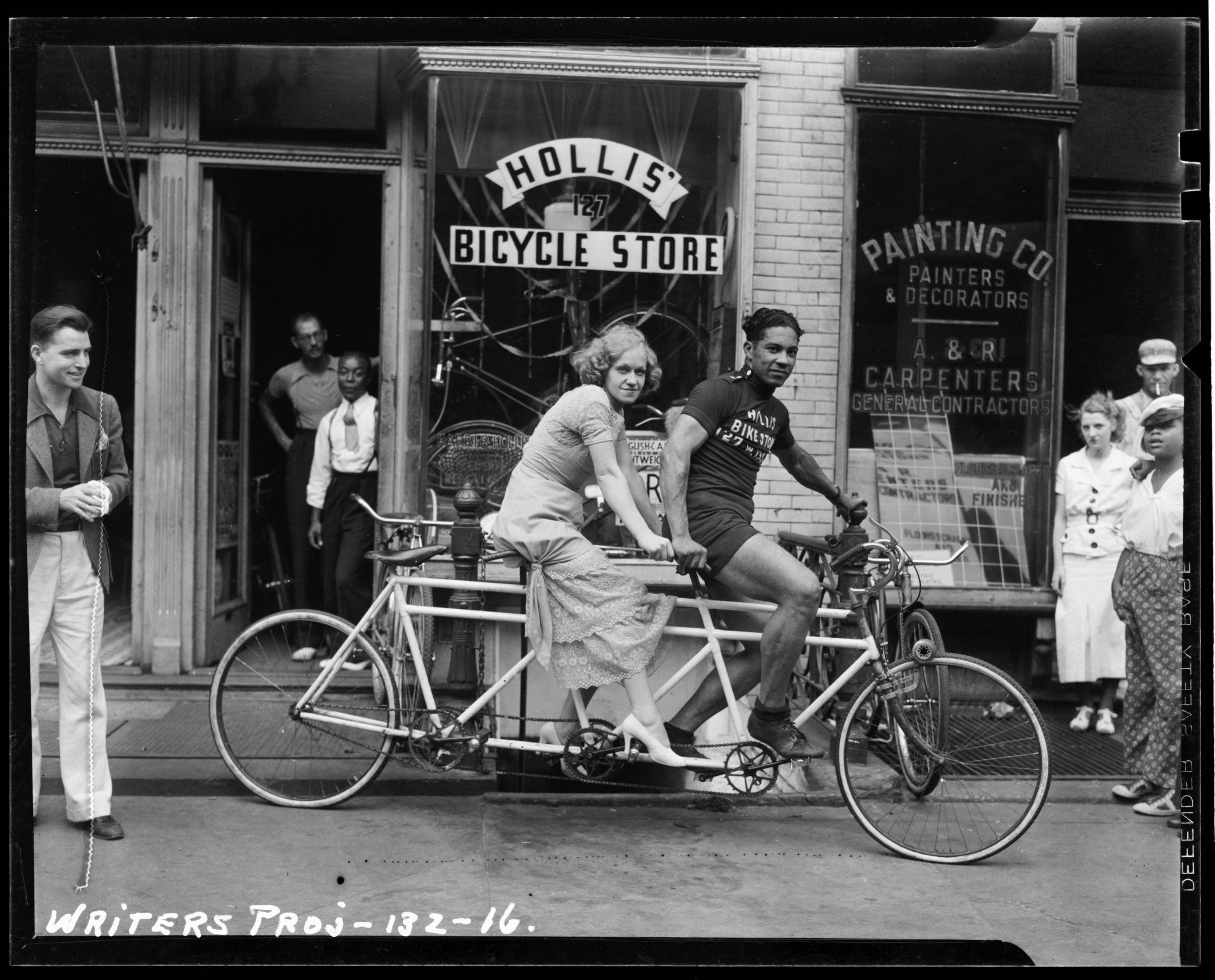 The Federal Writers’ Project was part of the Works Progress Administration, a New Deal work-relief program. Between 1935 and 1939, the WPA arts programs, intended as a short-term support for the unemployed, turned out to be a large cultural experiment that had long-term effects.

It’s safe to say that in 1939 most U.S. historians considered their discipline to be an academic pursuit in the distillation of primary sources and authoritative interpretation. And folklorists then tended to focus on tall tales and legends – not living history from people’s mouths. It may be bolder to say that interviewers for the Federal Writers’ Project, working under national folklore director Benjamin Botkin, took a more contemporary approach to folklore that influenced not just the popular view of oral history (such as StoryCorps) but also shifting the perspective on who gets to write history.

Economic impact was just one aspect of the Project’s impact. In cultural terms, the Writers’ Project provided an unexpected incubator for talent, and gave some of the most talented writers of the 20th century their first jobs working with words, at a crucial point in their lives: Gwendolyn Brooks, May Swenson, Richard Wright, Ralph Ellison, John Cheever.

The cultural impact included, as Ellison told an audience at the New York Public Library three decades later, entire communities and groups feeling seen and heard for the first time.

Reading the best of the WPA life histories evokes for me Wim Wenders’ film, Wings of Desire, where two angels in overcoats wander through the subway, listening to the unspoken fears and dreams of everyday people. WPA interviewers were often the first people to ask everyday Americans for their stories, in a time when widespread fear and shame had closed off such conversations.

When I started researching the Writers’ Project 20 years ago, I got to speak with several of its surviving members including Studs Terkel, who championed people’s voices in many forms – from his radio interviews to his books, which he called “oral histories.” Even a musical of Working. He was generous with his time, and his suggestions led me to others, and to write a book about their intersecting lives in that time of crisis.

One person Studs suggested was author Ann Banks, whose excellent book First-Person America contains selections from many life histories gathered by WPA writers. She was the first to rediscover that collection in the Library of Congress and consider its legacy. The Writers’ Project had a main goal of producing state guidebooks but to have those guidebooks informed by local perspectives, director Henry Alsberg added interviews with everyday citizens. His first folklore director, John Lomax, was succeeded by Benjamin Botkin, a practicing folklorist who set guidelines for the life history program.

As Barbara Sommer observed in her OHR review of Soul of a People, the WPA interviews, modeled on 1930s folklore guidelines, do not uphold the contextualized and open-ended standards for oral history accepted later. Since the WPA interviews came before formal oral history research methods emerged, oral historians would not technically consider them oral histories. But as Sommer notes, those interviews “helped pave the way for a broader and more nuanced understanding of U.S. history. In this, they represent another long-term legacy.”

Zora Neale Hurston was one of the best known WPA interviewers, having published several novels and books of anthropology. Despite the racism she faced, she managed to infuse her understanding of folklore and African-American culture in WPA products. Near the end of her eighteen months with the agency, she sent a proposal for a recording tour to Botkin, with a plan for traveling Florida’s Gulf coast with state-of-the-art equipment (a massive turntable) borrowed from the Library of Congress. She would record vanishing cultural traditions and songs she’d heard in her research.

Listen to Hurston introduce a railroad song, “Let’s Shake It”

The Florida recordings of songs and stories from turpentine workers include a man named James Griffin, who told the backstory of his song “Worked All Summer Long.” He was jailed for 90 days at hard labor in the Dixie County Prison Camp to pay three months’ rent to the lumber company, a total of $50. The song came to him while he was in jail, Griffin said. He and other inmates would take it up in the evening. “We’d be singing,” he said. “It helps.” He sang:

Diverging from Botkin’s model, W.T. Couch, the Writers’ Project regional director for the Southeast, assembled an anthology of WPA life histories from three states titled These Are Our Lives. When These Are Our Lives first appeared, the New York Times called it “history of a new and peculiarly honest kind” and “an eloquent and important record.”

A few years ago the Library of Congress marked the 75th anniversary of that book’s publication with presentations and two actors performing select interviews, representing the Theatre Lab, a nonprofit in DC with a Life Stories program that echoes the WPA approach to interviews.

“Botkin, like many intellectuals of his generation, was worried about the rise of fascism in Europe,” Ann Banks noted at that event, “and about possible consequences at home. His vision was how he might use his new job to counter that influence and foster the tolerance necessary for a democratic, pluralistic society.” He wanted the interviewers to reach citizens “who otherwise might not have left a record – more than 10,000 men and women, from an Irish maid in Massachusetts to a North Carolina textile worker, to a Scandinavian ironworker and an African-American union organizer in a Chicago meatpacking house.

“We must give back to the people what we have taken from them and what rightfully belongs to them,” Botkin wrote, “in a form they can understand and use.”

With the collection accessible on the Library of Congress website, we’ve come closer to that goal.

David A. Taylor is the author of Soul of a People: The WPA Writers’ Project Uncovers Depression America (Turner Publishing), now available as an audiobook. He teaches science writing at Johns Hopkins University.