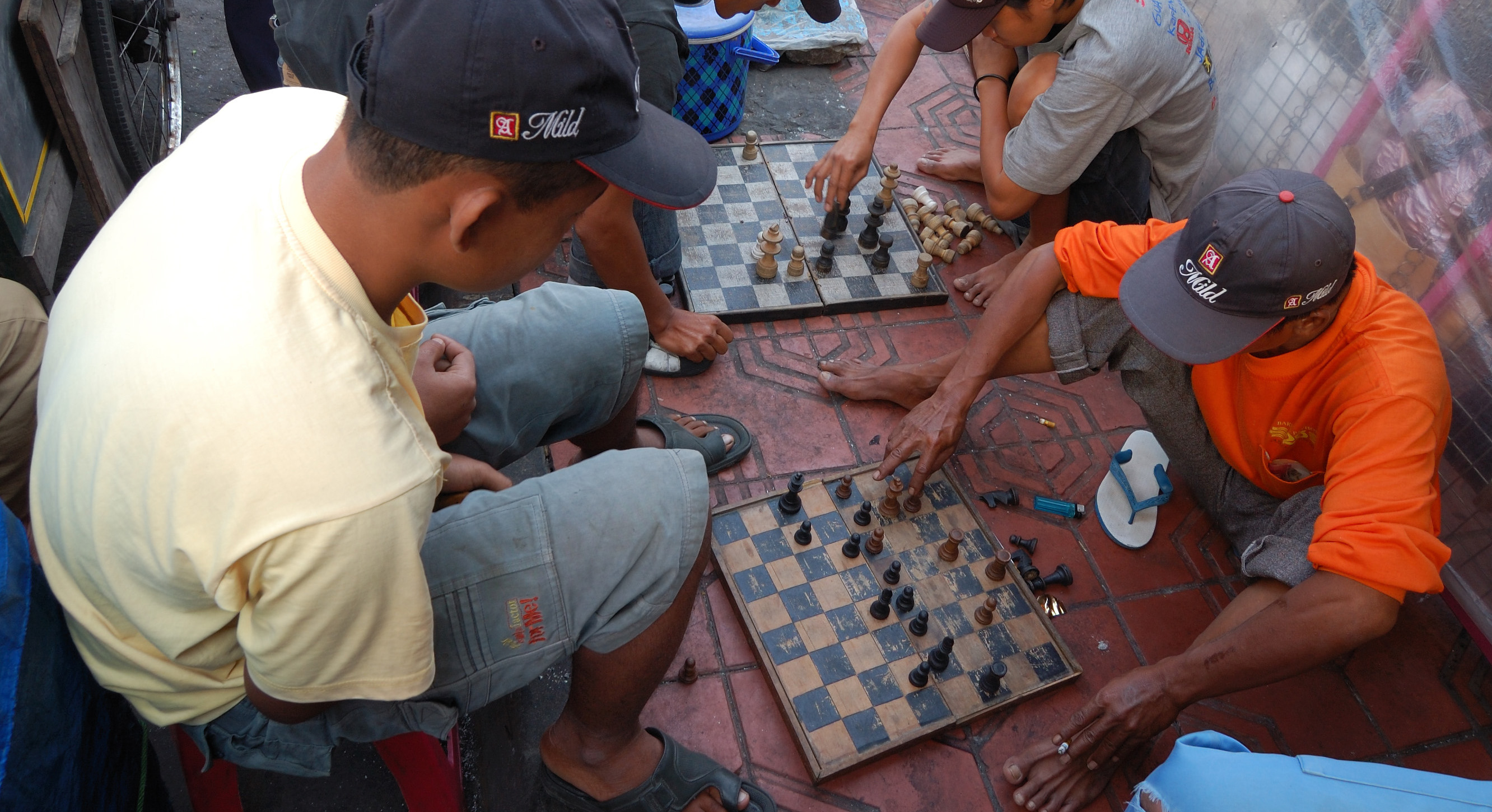 In the latest issue of the Oral History Review, Nien Yuan Cheng’s “‘Flesh and Blood Archives’: Embodying the Oral History Transcript” explores ways in which oral historians can consciously engage with embodied communication for the benefit of future audiences of the interview by including this dimension in transcripts. Here, she recalls embodied moments from two interviews, sharing methods to convey the interpersonal dynamics between interviewee and interviewer.

The first oral history interview I conducted was set in a gauzy fog. Ribbons of smoke from the clove cigarette between my interviewee’s fingers never stayed vertical as his hands enthusiastically accompanied his gravelly voice. We were in a quiet café in Indonesia, one with lukewarm air-conditioning but excellent cappuccinos. An ojek (motorcycle taxi) driver, Fakhri (not his real name) had greeted me before our interview with a flash of his white teeth and a strong handshake. This benign contact between our palms seemed awkward despite the fact that during many a hairy traffic moment I had clung to the back of his leather jacket like a baby koala, knuckles white and my inner thighs tight against his outer legs. Yelling out a few friendly words to each other over the angry sputter of a motorbike was a far cry from sitting at a quiet booth, face to face, not touching but trying to make a connection.

As a performance studies scholar, I have always been interested in bodies, movement and place. I found out through this experience, rather unexpectedly, just how much of a performance event an interview was. I had trusted the comforting presence of the voice recorder to provide all the information I needed, until I realized how much more I would have missed: Fakhri’s physical demonstration of how he played chess as a child, the group of teenage boys watching us wondering what a young Chinese woman was doing with an older Muslim man, even my own gestures as I struggled a little to communicate to Fakhri in Indonesian, more nervous than usual in this framed, heightened encounter. All these factors influenced the process and the result of the interview in some way.

That was how I decided to find out more about the oral history interview as embodied performance. While there was a burgeoning discussion in the field about this, Jeff Friedman’s 2014 article in this journal being the most recent, beyond being aware of embodiment in the interview I wanted to know how we could include embodiment in our research and interview outputs so that others would be able to benefit from and appreciate this aspect. Knowing more about bodies, movement and place in the interview is more than adding ‘color’ or embellishment. It gives important insight about the interpersonal dynamics between interviewer and interviewee, about how place plays a part both in the interview situation and in the stories interviewees tell, and even about the embodied historical knowledge interviewees have. How could future audiences get an idea about all of these things? Current ways of disseminating oral history, either through books, audio recordings or archival transcripts don’t seem to accommodate these aspects.

The notion and value of ‘embodying’ the transcript became clearer to me in another setting – this time in Bengaluru, India, at the XIXth International Oral History Association conference in 2016. In one of the sessions, Mark Wong from the Oral History Centre in Singapore talked about the Centre’s new handy search function in the online archival database: they were experimenting with automated transcription software to improve the ability to search for text within an audio track so that users can listen to that moment in the transcript in its original vocal expression. It’s a great idea, because it encourages researchers to attend to the orality of the interview. To demonstrate, Wong first asked the audience to read a portion of an interview transcript of a former Singaporean midwife. Madam Mary Hee describes how midwives used a bicycle pump to induce labour in the 1960s:

Fig 1: Screenshot of the transcript, available online at the OHC portal.

There were a few surprised laughs among the audience, perhaps at the subject matter, as we took a little time to read the script. As Wong played the audio recording of that moment, those words, and some which had been edited out of the transcript, came to life (This is my printed representation of what the moment sounded like. Listen to the audio excerpt, starting from 19:55):

Ah! They use the thing, put in,

Instead of beginning her explanation with a mere, ‘Yes,’ (as stated in the transcript), Madam Hee launches into it when an emphatic, very Singaporean agreement, ‘Ah!’ in a tone as if she were saying, ‘You better believe it!’. She relishes her interviewer’s surprise, as evidenced from her knowing, gleeful utterance of ‘You’ve never seen, eh?’, and the descending glissando of ‘Ooooooh,’ edited out of the transcript.

Madam Hee’s words may have come to life with her voice, but there are still gaps discernible in the spoken description which I represented with literal, extended gaps between her words above. To me these pauses, together with the instructive tone of voice Hee used, indicate that she accompanied her words with demonstrative gestures that stemmed from her embodied knowledge and history as a midwife who actually used these pumps. These gestures seem to make up the bulk of what she was trying to communicate to her interviewer, and the audio recording actually highlights the absence of some of these meanings.

Such moments benefit from a treatment of the body in the transcribed text to fill those gaps. There is a false distinction between ‘voice’ and ‘text’, one that excludes the dimensions of moving bodies in place. Embodying the transcript blurs this distinction by documenting the oral history interview event as a three-dimensional, affective performance, and allows us to include details that audio and even video recordings cannot. In my article, inspired by the expertise of people who have always been writing the body such as anthropologists and dance scholars, I put forth some practical ways in which we can do so. It’s not, by any means, a comprehensive handbook or a list of instructions, but it suggests ways in which we can begin to understand and practice oral history as what the legendary George Ewart Evans calls it: “flesh and blood archives”.

Nien Yuan CHENG is a PhD candidate at the University of Sydney’s Department of Theatre and Performance Studies. Her doctoral research on Singaporean oral histories touches on the performance of citizenship, neoliberal storytelling and the interview as embodied performance and performative. She is co-founder and editor of Perspectives on the Past in Southeast Asia.