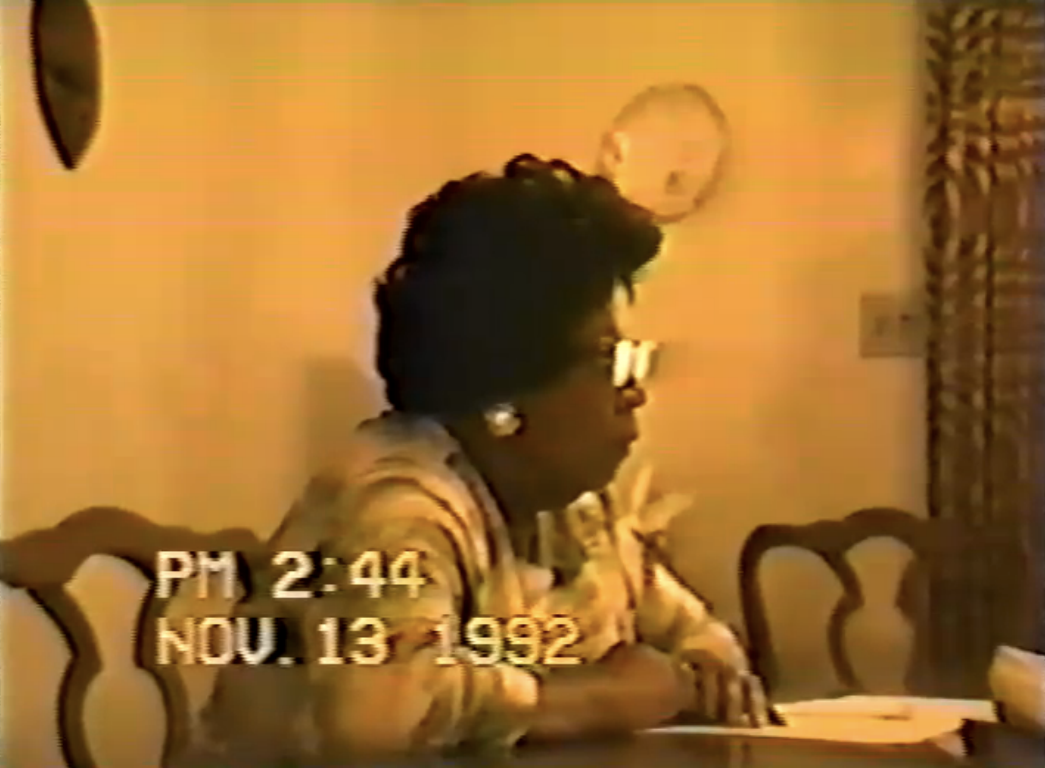 The OHR archive is replete with examples of how oral history can inform disciplines outside of the field of historical study. In today’s post, educator Patrick Carlton shares how a trove of oral histories conducted with school administrators has impacted graduate education in the field.

I believe oral history captures life information, the pieces of data that might otherwise be lost. It serves to fill in the gaps in formal learning, often providing “the rest of the story.” Use of this approach offers the listener a sense of the respondent’s personality, providing a greater understanding about who this person really is, and offering hints concerning the respondent’s inner thoughts. Intonation, voice timbre, and delivery are helpful in assembling a mental picture of a subject.

The project that generated my collection of transcripts began as a result of a pair of coincidences which occurred to me in 1986. First, I was exposed to the ongoing oral history project then being conducted at the U.S. Army Military History Institute at Carlisle Barracks, Pennsylvania. I served as Acting Director for Educational Services for several months, gaining an appreciation for this collection effort. Soon after returning from this tour to Virginia Tech’s College of Education, I came in contact with the Harvard University Principals’ Center. The Center suggested that there was need for more in-depth and less superficial research on the principalship. This raised questions concerning the utility of research which was then “a mile wide and an inch deep”—like the Platte River in Michener’s book Centennial. My obvious conclusion was that research characterized as “a foot wide and a mile deep” would be more useful.

School principals, as is true with other public officials, are subject to constant pressures, inadequate time for decision-making, the requirements to be responsive to internally and externally-based individuals, and a lack of time for reflection and contemplation. It is not surprising then that so few of these principals record their experiences in oral or written form. In most instances, the insights of these people are in danger of being lost. I believed we needed to design and effort to preserve the information possessed by these educators. I determined that the most effective way to collect such data was through in-depth interviews with those people capable of providing assistance to generations of new educational administrators. Thus, I initiated the Oral History of the Public School Principalship at Virginia Tech, with data collection beginning in early 1986 and continuing at University of Nevada, Las Vegas.

The purpose of the project was to gather the recollections and wisdom of veteran principals, most of whom hadn’t been invited to contribute to the literature of educational administration. I believe these men and women constituted a treasure of immense proportions. We based the interviews on a standard question set, with modifications designed to suit the interests of the person interviewed and the interviewer. Thus, there is some variation in content. Some of the topics covered in the interviews include decision-making in education, ethics in administration, and  the characteristics of effective schools. Due to the modest level of funding, collection was, during early years, limited almost exclusively to the four-state area around Washington, D.C. (Maryland, Virginia, West Virginia, and North Carolina), with a few from other parts of the country. Since then, the project has conducted a substantial number of interviews in Nevada, Colorado, and Ohio.

Respondents were elementary, middle, and secondary principals who retired during the decades extending from the 1950s through the present. They vary in age from the mid-50s to the 90s. They are male and female, black, brown, and white. Their academic training varies from the baccalaureate to the doctorate. Participants vary in degree of articulateness, knowledge of current educational issues, responsiveness, and general attitude toward education and to the principalship. While most respondents seem to have enjoyed and valued their administrative experiences, some are quite bitter about working conditions and are outspoken in criticism.

In 2000, I joined the University of Nevada, Las Vegas. In that capacity I continued working with advanced graduate students in the collection of oral testimony of former principals from Nevada and surrounding states. Construction of a UNLV-based website housing regionally collected interviews, along with copies of the original Virginia Tech collection, was accomplished through the outstanding work of UNLV personnel.

Most felt the information gathered was useful and likely to be helpful in future assignments.

“Learning what was successful for the Principal interviewed was extremely interesting.”

Some said the interview was more labor intensive than a regular term paper.

“Oh my gosh, yes! This was a huge task that took patience and lots of time.”

Most said the extra effort involved was worthwhile.

“The opportunity to have an in-depth conversation with an experienced administrator is invaluable.”

One respondent indicated difficulty with the interviewee.

“The interviewee refused to let her information be used after I submitted it to her to be proofed.”

Most respondents agreed that oral interview is a useful graduate instructional technique.

“I think it is such a valuable project. It really allows us to live through the eyes of someone with experience”

“Life experience is a valuable addition to textbook information.”

“Both principals I Interviewed were delightful, honest and a joy to work with.”

Most respondents agreed that they would recommend participation in interviews to other graduate students.

“I think this is so valuable. It should be required at least once in a Master’s program.”

“Not only for personal growth, but also for honoring retired administrators.”

Many respondents agreed that participation in oral interviews affected them personally.

“I was influenced by the fact that you can hear first-hand what happened. You can take their triumphs and failures and add them to your repertoire.”

“It has been the best, and possibly the most relevant part of my program.”

“I strongly feel … this activity was one of the most valuable learning experiences of my graduate program.”

“I have read many books on school administration, but none of them has been as helpful and as influential … as the interview I conducted….”

Clearly most of the respondents agreed that oral history interviewing is a useful instructional technique and recommended participation in such activities should occur. It offered a chance for students to capture the craft wisdom of former school principals in a way not known before. This procedure exposed students to knowledgeable former administrators, with an emphasis placed on real world experiences which complemented classroom presentations. The U.S. Army had “gotten it right” and I agreed! Colonel Patrick Carlton was a faculty member at Virginia Tech from 1974 -2000, and Univ. of Nevada, Las Vegas from 2000 to 2018. Beginning with an emphasis on quantitative research, his interests have “morphed” into a focus on historical and case study work supported by oral history data collection and analytical activities. The collection is based upon the model developed by the US Army Institute for Military History, in Carlisle Barracks, PA, where he served as Colonel, Acting Director for Educational Services.

The Oral History of the Public School Principalship, directed since 1986, is a nationally available data source housed in UNLV’s Lied Library. At present the collection is composed of 467 first-person interviews with former public school principals from throughout the country. Offering a trove of valuable information on past and current educational issues, the database has been employed by a number of doctoral students and other scholarly researchers in the conduct of their work.