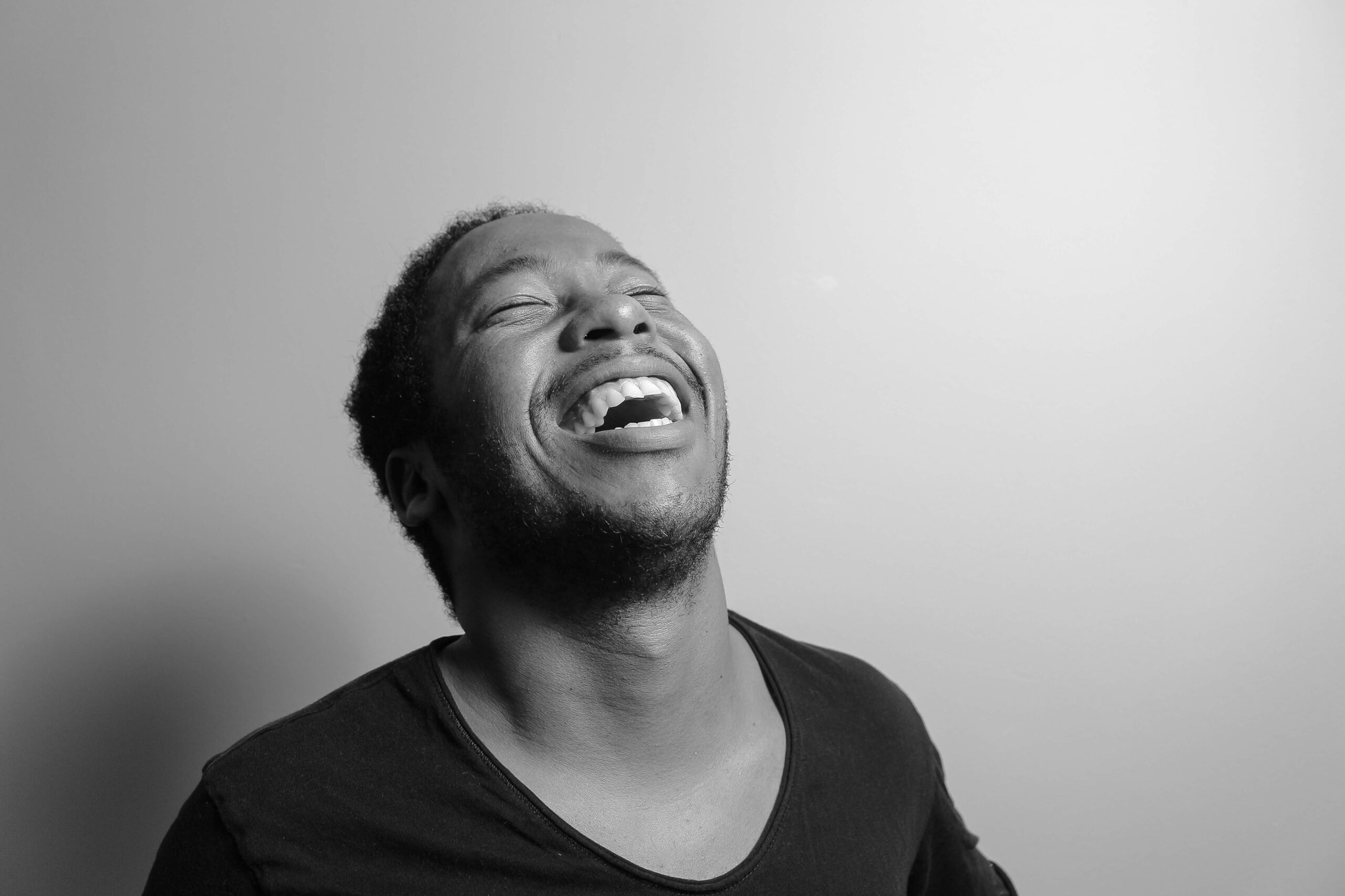 In our most recent issue, Stéphanie Panichelli-Batalla discusses the role of laughter—as distinct from humor—during oral history interviews in “Laughter in Oral Histories of Displacement: ‘One Goes on a Mission to Solve Their Problems,'” demonstrating the unconscious role of emotions in processing memories.

Why should we study laughter within the context of oral history interviews?

Studying laughter allows us to gain insight into some areas of the mind of the participants that we might not understand as well otherwise. It could be considered similar to analyzing physical expressions, silences, changes of voice tone, or any other type of non-verbal communication. Analyzing laughter allows us to gain insight into the meaning that participants give to their past, the emotions linked to the narrated events, and the relationship they still have with this period of their past. It allows the researcher to gain a more nuanced understanding of their interviewees’ stories.

Give us your definition of laughter and the role it plays.

In order to understand laughter, it is important to separate it from humor. Humor and laughter, although linked, are two different concepts, and the one will not always lead to the other. While humor is a mental ability to perceive and/or express something funny, laughter on the other hand is a sound, accompanied by a characteristic respiration pattern, and produced as the expression of an emotion, which can be set off by a humorous trigger, but is not necessarily. Some participants might not use humor in their narratives but will laugh when remembering facts and situations from the story they are telling. In my study, I define laughter as an unconscious, spontaneous reaction triggered by the expression or memory of an incongruity, which can be linked to the social and historical context of the narrated event or to the narrator’s self.

How does your study differ from previous studies that analyzed humor and laughter in oral history?

Most of the articles about laughter in oral history studies tend to analyze laughter and humor together, focusing on the use of humor in the interview and the laughter that is intertwined with it. My study is closer to Kate Moore’s work with immigrants in the United States, as her work focuses on laughter on its own. She analyzes in particular what she calls “unilateral laughter,” which is when the interviewee laughs alone, not expecting the interviewer to react to that laughter. In her case she focuses mainly on the use of laughter to express difficult memories. In my case, I also decided to analyze unilateral laughter, but not limiting it to difficult memories. As such, it allowed me to discover how participants felt about their old self, about the political system many of them had supported, and about how working in the Cuban solidarity programs had impacted them in many ways. This included difficult memories, but not all can be qualified as such.

You state that laughter and humor are not always linked. Describe some instances in which laughter plays a role in oral history distinct from humor.

There is one interview that had a strong impact on me as a researcher, due to the intense emotions that the narrator expressed. Carolina, as I refer to her in my article, was a mother of two small children, happily married, but had never really agreed with the political system in place in Cuba. She managed to make use of an international mission to escape from Cuba and start a new life in the United States. However, this wasn’t an easy journey as she was separated from her children and husband during the two years she worked in Africa, and then once she finally managed to escape, she had to fight to gain her children back who had remained in Cuba with her parents.

During the interview, Carolina told the traumatic story of her escape, the stress she underwent in every step of it, from planning to the journey itself, and fear of getting caught at some point throughout this process. However, despite reliving the experience while narrating it, she laughed many times, up to a point that I sometimes struggled with the transcription of the interviews. She laughed when remembering her stress, when recalling each moment of her escape process and journey that she thought would not succeed, and when telling me about her arrival in the United States and her encounter with her sister she had not seen in years. She also laughed when explaining how she managed to trick the Cuban surveillance system in place at the mission.

At no point did Carolina try to be funny when telling me this story, nor was she using humor, however, she was laughing often and, in some cases, so much that it was interrupting her narration. This laughter told me so much more about where she was in her coping process, in her acculturation process, and in her adaptation process than words would have been able to express; and this laughter had no connection with humor.

What is the connection between laughter and self-identity?

In the case of my interviews, I noticed when analyzing laughter that my participants often laughed when thinking back about the person they were at the time of the story they were telling. They laughed remembering how little they knew about the outside world, how naive they were in some instances, but also how courageous and daring they had been.

Thinking about their past from a distance, not only in time but also in place, made some narrators realize how much they had changed, and how the narrated stories had impacted their identities and their understanding of their country, the world, and life in general. When reflecting on these changes in identity, my participants laughed, expressing as such their incredulity, as well as their amazement about the person they were and the changes they had gone through.

In addition to exploring laughter, your article sheds light on the history of Cuban internationalist healthcare professionals. Please describe the larger research project.

The Cuban international solidarity programs have been in the news frequently in the past months, due to the interventions of the Cuban medical missions in countries all over the world, including in developed countries such as Italy and Andorra, to support healthcare systems during the COVID-19 epidemic. However, these programs date back to 1963, when Cuba sent its first long-term medical mission to Algeria. Throughout these years, Cuba has offered access to healthcare in remote areas all over the world, as well as disaster relief when needed. The official Cuban press often shares statistics and reports of the impact of the Cuban solidarity program on the recipient countries, but little is known about the healthcare workers themselves and the changes they underwent by participating in this program.

This is why I decided to start a project entitled “Life Stories of Cuban internationalist healthcare professionals” in 2014, to fill the gap in the existing literature about these programs, by allowing the participants themselves to share their stories and help us gain a better understanding of what it meant for them to join these missions, how the work impacted their lives and those of their families, and the challenges they faced as Cuban internationalists. This project received support from the British Academy Networking Grant, which allowed me to spend 7 weeks at the University of Miami, and conduct my first set of interviews with Cuban doctors who had escaped the mission and were currently living abroad. The paper published in Oral History Review is based on this set of interviews.

Since then, the project has evolved significantly. It now includes interviews with Cuban internationalist healthcare professionals who returned back to Cuba after completing their mission, as well as interviews with Cuban healthcare professionals while working on a mission. Last year, I travelled several times to Tanzania where I had a chance to visit the members of the mission in their households and gain an understanding of their lives while on the mission. The project is ongoing and interviews are added continuously, and I am now considering adding interviews related to the COVID-19 interventions.

Stéphanie Panichelli-Batalla is an Associate Professor of Global Sustainable Development at the University of Warwick (United Kingdom). She is the coauthor of the book Fidel and Gabo: The Portrait of a Friendship (Espasa 2004, Pegasus 2010). She has published several papers on Reinaldo Arenas’ literary work and her second book, El testimonio en la Pentagonía de Reinaldo Arenas, was published by Tamesis, Boydell & Brewer, in August 2016. She is also the co-editor of the Special Issue on Cuba in Oral History (September 2017). Her current research focuses on the use of oral history to explore life narratives of Cuban healthcare professionals who participated in the Cuban International Solidarity Programs.

Featured Image by Pexel user Reafon Gates, free to use.